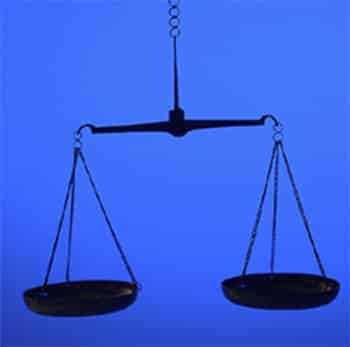 Certified and Registered — What do they mean?

Whenever I see such accreditations being offered the first thing I ask is “Certified” or “Registered” by whom? As there is no national or provincial governing body for nutritionists ­– such titles do not reflect any kind of official industry accreditation.

And, since governments regulate health professions through the creation of such governing bodies it also means such titles do not reflect official government backed or government sanctioned accreditation. So what’s left?

In the absence of direct government regulation, several ‘trade’ associations (such as the CANNP) have formed to bring some order to this otherwise un-ordered nutritionists health profession. These associations were formed by ordinary people, like you and me, who gathered a group together, said “Let’s have an association” and then (hopefully!) hired a lawyer to draft rules and guidelines and create a non-profit corporation to manage it all. Each group has its own reasons for doing this. For the CANNP the purpose was to create a strong network of caring knowledgeable nutritionists and to provide a quality package of goods and services (such as research avenues, insurance, business/practice advice and tools, networking, practice protocols and guidelines, client quality assurance, etc.) to these nutritionists. Each association has its own mix products and services, some of which are better than others.

So where does “Certified” and “Registered” fit in?

These titles are part of practice quality assurance services offered by some associations. Since there are no official or government legislated professional titles (i.e. accreditation) available to nutritionists, different associations have created their own; to tell the world that anyone who uses the title is a member of that association and has agreed to be subject to the quality assurance and practice protocols it has created.

So returning to the “Board Certification” question that started all of this – for nutritionists it can only mean “certification” by a board of one of these independent, trade associations. It has nothing to do with government approval or industry certification. It does not change in any way what you may lawfully do or not do in your practice. It does not change your rights vis-à-vis the government, insurance companies, regulated health professions, or your clients. It is simply a title that tells anyone in the world who cares to ask, that you are approved or ‘certified’ by a private association and have agreed to be subject to its rules.

One final word, when using titles of any kind as part of your marketing you must be careful to ensure the title does not breach the laws of where you practice. Many provinces have restrictions against using a title that infers to the public that you are a member of a regulated health profession or otherwise government sanctioned when you are not. Words such “Certification” could be seen by some to do this. The responsibility for complying with such laws resides with you, not the association (they are not the ones using the title, you are!). So before signing on and using a title such as “Board Certified” or “Registered” consult with a lawyer to ensure it is lawful for use in your province.